People can’t afford to
put food on the table.
This isn’t the cost of living crisis –
it’s the cost of surviving – The Trussell Trust

With soaring energy prices and sky-high inflation, The Trussell Trust are reporting that families are struggling to afford both their bills and meals.

Please help by making a gift – whatever you give will allow food banks to help families do more than just survive. 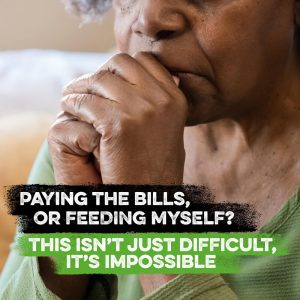 This represents a 14% increase compared to the same period in 2019/20 – before the pandemic –  as more and more people are unable to afford the absolute essentials that we all need to eat, stay warm, dry and clean.

This is the first time food banks in the Trussell Trust’s network have provided more than 2 million parcels, outside of 2020/21, at the height of the pandemic.

Your support has never been more vital to the food banks!

That’s why we’re incredibly thankful that you are standing alongside us, food banks, and people in financial crisis.

Alarmingly, families with children have been hit the hardest, with food parcels for children increasing at double the rate for adults, compared to pre-pandemic levels. Between April and September 2021, almost 2,000 parcels were provided for children every day on average, compared to almost 1,700 in 2019.

As more and more people across the country face destitution – meaning they are unable to afford the absolute essentials to eat, stay warm, dry and clean – the Trussell Trust warns need for emergency food is expected to rise further still, this winter and beyond. Food banks in the Trussell Trust network face giving out more than 7,000 food parcels every day in December.

The charity says many families already at breaking point face the fallout of the £20 per week cut from Universal Credit payments that hit this autumn. This is on top of rising fuel costs during the coldest season, as well as soaring inflation.  This is forcing many families deeper into poverty, the charity says, and is leaving people facing impossible decisions where their only option is to either skip meals to provide food for their children or heat their home.

Our local food banks have been overwhelmed by the love, compassion and empathy of people.  By standing alongside them, you’re helping food banks to dynamically adapt to the challenging task ahead. The passion and resilience of these food banks is nothing short of outstanding.

They are determined to continue to provide the lifeline of emergency food for the people who need it most – even if this means completely overhauling their delivery model or processes to ensure the safety of everyone involved.

The Coronavirus is an unprecedented challenge for all local food banks, and they don’t yet know how things will unfold. The Trussell Trust and other food bank centres are working with their network on how best to support people, and wherever possible, food banks will continue to provide the lifeline of emergency food.

Food banks are running low on many items and this is where as an industry we can help, with anything we might have in our cupboard, ask your friends, family and neighbours if they can also donate a tin or two to collect up and donate, or buy a couple of items at the supermarket collection bin.  Food banks are still open, some on reduced hours and allocating one drop off area but remain in desperate need of food.

We encourage you where possible to continue donating after checking with your local food bank what items are most needed, these lists can be found on the food banks website. 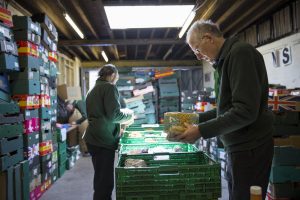 The Trussell Trust have more than 1,200 food bank centres in their network, about two thirds of the food banks in the UK giving services like money advice, holiday clubs and cookery courses, helping support people in crisis across the UK, where more than 14 million people live below the poverty line.

Individuals are going hungry every day for a range of reasons, from benefit delays to receiving an unexpected bill on a low income.

The Trussell Trust recognise that stopping hunger is about More Than Food, which is why they work with food banks to provide a range of services like money advice and Fuel Banks, helping people to break the cycle of poverty.

Calling all agents and suppliers to the industry

We are asking for YOUR help to tackle hunger and support your local food bank. Please help to make a difference to people living and going hungry in your community. There are over 28,000 volunteers across the Trussell Trust network.  Without these amazing volunteers, food banks in the Trussell Trust network simply wouldn’t exist – and the hundreds of thousands of people in crisis they help each year wouldn’t receive the support they need.

Emma Revie, chief executive at the Trussell Trust, said:  “Everyone in the UK should be able to afford the essentials – to buy their own food and heat their homes. Yet food banks in our network continue to see more and more people facing destitution with an increase in food parcels going to children. This is not right”. 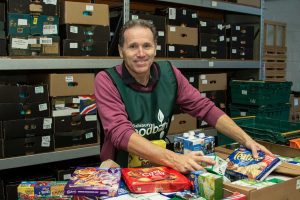 How you can get involved 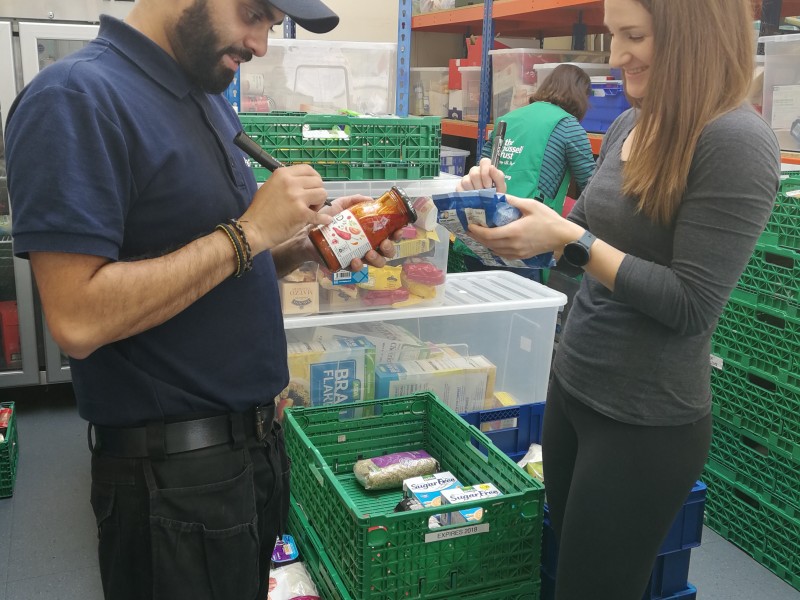 “Thanks to Agents Giving for linking local estate agents to food banks across the UK. and for encouraging them to support Our food bank network.  Food banks rely on local businesses like estate agents to help them deliver vital services within their communities and break the cycle of poverty so a huge thank you from us all at Trussell Trust.” 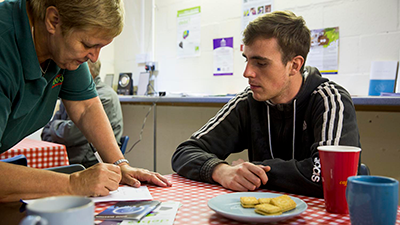 Please do what you can to help your local food bank to give emergency food and support to people in crisis now in your communities. This is a real problem people are facing so please do all you can to help make a difference.

Send in any photos of your food parcel collections or fundraising, let us know how you are planning to help and we can help you promote it.

Please note that food banks are currently very busy and mostly run by volunteers, please contact them direct through their email, which can be found on their web page or call before donating. In some instances you might be able to organise a visit to the food bank to deliver your parcel donation. They may be able to come along to your offices to tell you a bit more about the great work they do, or give you a call back to discuss how best you can get involved.

Thomas Morris Takes You Inside A Foodbank