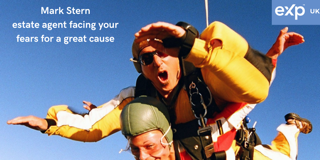 Mark felt an immediate connection to this wonderful giving man

Mark Stern of Mark Stern Exp is facing his fears, Mark comments “So for anyone who knows me will know that I have always had a fear of heights, but always love the challenge of facing my fears.

So having the pleasure of meeting David Taylor, Sue’s father I felt an immediate connection to this wonderful giving man. Davids strength to put such a tragedy in losing his daughter into something positive with his kindness to help others suffering from brain cancer. i needed to step up to this challenge and prioritise my desire to help and raise money ahead of my fear and jump out of an aeroplane!

if I was a seasoned skydiver, this would be just a normal event without a challenge. I now reach out to all who know me and Sponsor my fear of jumping out of a plane and help me raise money for this amazing cause”. 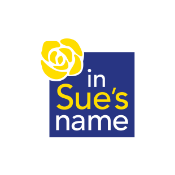 In Sue’s Name was set up as a fundraising charity in memory of Sue Blasotta. Sue died in 2011 from brain tumours aged just 42, leaving two very young children.

Sue’s devastated father David resolved to cherish her memory by raising funds for research into brain cancer treatments and cures. David was shocked to discover that despite this disease killing more children and under-40s than any other cancer, only 1% of the total government cancer research spend goes to brain cancers. Our charity launched in 2014 to raise awareness, funds and support for anyone suffering from the effects of brain tumours.

Their target is to raise £1 million by 2027 in order to provide crucial research funds to support the Blizard Institute in Whitechapel – the Brain Tumour Research Centre of Excellence at Queen Mary University of London.

But as well as raising funds for research into brain tumours, they are bringing together families who have lost loved ones from this cruel disease.

Ultimately, we want to create a legacy that will see a cure developed for brain cancers, enabling other families to avoid the heartbreak suffered by so many through this illness.