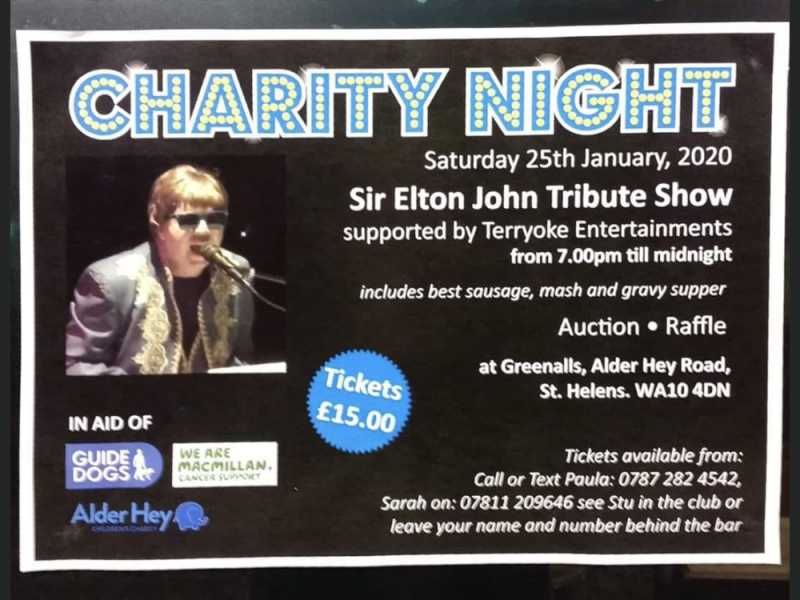 Paula has been fund raising since October 2013, with her first band ‘Take That’,  it was so good and well supported they have carried on with one or two functions a year.

Mostly Burns & Reid fund raise for Macmillan and Guide Dogs for the Blind, Paula informed ” so far we’ve raised over £21k for Macmillan, we’ve sponsored 26 guide dogs, we’ve also raised £825 for Help the Heroes plus we had a fund raiser night for kidney research.  Burns & Reid have donated to Alder Hey before but this night is purely for Alder Hey Hospital”.