Dawsons is a local Estate Agents covering the length and breadth of Swansea and Llanelli coast lines in South Wales.  Whilst independently owned by 3 partners the whole business offers its clients corporate disciplines together with the entrepreneurial advantages that true Independence offers.

The wealth of experience, expertise and spread of age, has been a key factor of years of success. 2021 will see Dawsons celebrate 30 years in business, winning numerous accolades through the decades, with all of our branches being awarded exceptional, excellent or highly rated status in this year’s EA Masters (Estate Agents Masters). Our clients can be re assured our service is of the highest standard and the ONLY South West Wales agent to be listed within the top 5% of agents within the country.

Dawsons employ approximately 130 staff, all of whom have been selected for their commitment to being successful and their desire to be part of a winning team. Many of the team have been with the individual Partners for over 20 years giving the company a real family feel.  With much of the branch teams becoming firm friends making the office a happy place to be.

Working together we have also taken part in many a fundraiser, local charity and community events over the years.  Having abseiled down a Gower cliff to raise monies for the Welsh Air Ambulance, sky diving for Ty Olwen, Climbing Pen Y Fan mountain for local neonatal NICU along with our annual commitments to local events, such as the Burry Port Raft Race, Wales Airshow, Mumbles RFC Cracker 7’s, local school PTA events and much more. 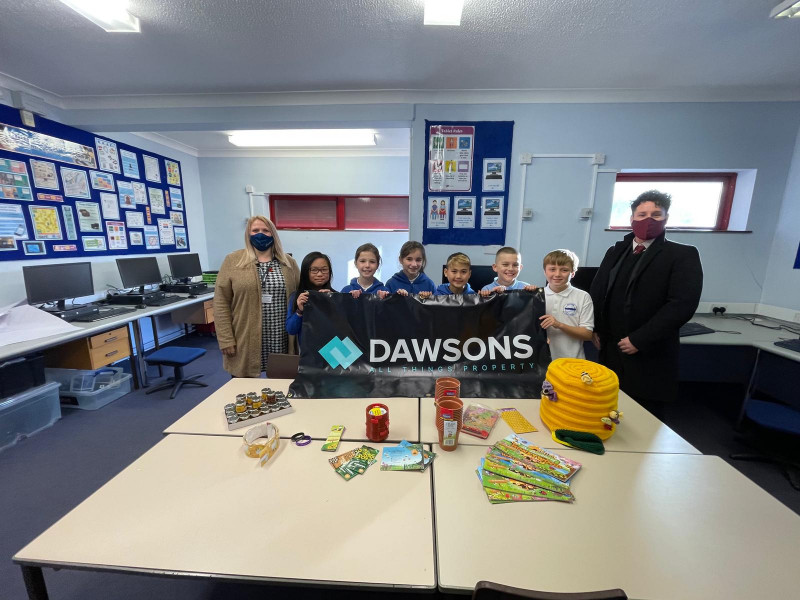 Dawsons have recently supported  Penyrheol School in Gorseinon alongside surrounding areas. The goal is to help children to follow and understand the environmental challenges faced by the honey bee. The idea is to provide the children with fun and engaging activities that could not be funded otherwise.

Find out more about the 2B Enterprise and what businesses like Dawsons are doing to help here: https://www.2benterprising.co.uk/business 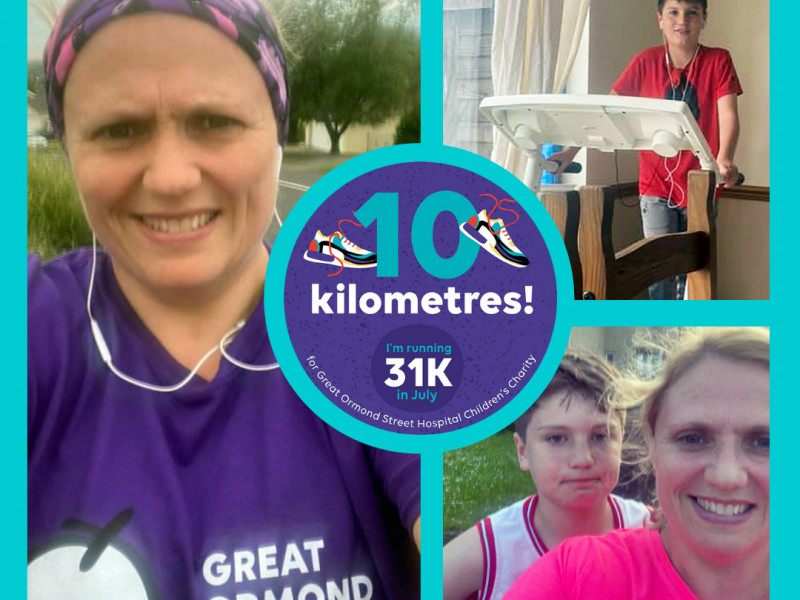 Naomi is the marketing coordinator at Dawsons Property Swansea, and her son George was born with a rare condition called TOFS.

TOFS (Tracheo-Oesophageal Fistula Support) is a small charity dedicated to helping all who were born unable to swallow. Tracheo-Oesophageal Fistula (TOF) and Oesophageal Atresia (OA) are rare congenital conditions that occur in around one in every 3,500 births. The incidence is similar all over the world and there is no single known cause. TOFS is hugely linked with Great Ormond Street Hospital, which does amazing work with children like George and so many more.

Every day brings new challenges at Great Ormond Street Hospital (GOSH). Every day, 619 children and young people from across the UK arrive for life-changing treatments.
Great Ormond Street Hospital Children’s Charity raises money to enable the hospital to provide world-class care and to pioneer new treatments and cures for childhood illnesses.
Facebook pays all the processing fees for you, so 100% of your donation goes directly to the charity. 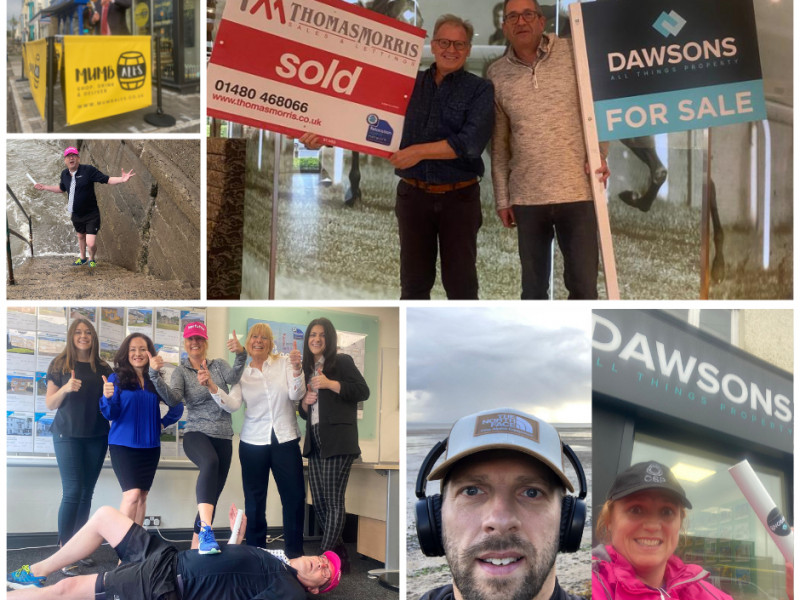 Dawsons take on Thomas Morris in the 198 mile challenge

At the Agents Giving Ball in September, Chris Hope the Senior Partner from Dawsons Property of Swansea and Simon Bradbury the MD of Thomas Morris Sales & Lettings in St Neots, Cambs, happened to be chatting with Jane Gardner of JP Gardner & Associates, our social media guru and board member, who challenged them to raise some much-needed money for their favourite charity ~ ours!

So on October 2nd, the teams of 12 from Dawsons and Thomas Morris, set off on their journey from their own office to the other’s office.  Well, it wasn’t really a trip from St Neots in Cambridgeshire to an office in Mumbles, Swansea, South Wales – each team member had to walk 2 miles a day to make up a total of 198 miles, and the team who managed it first was the winner! 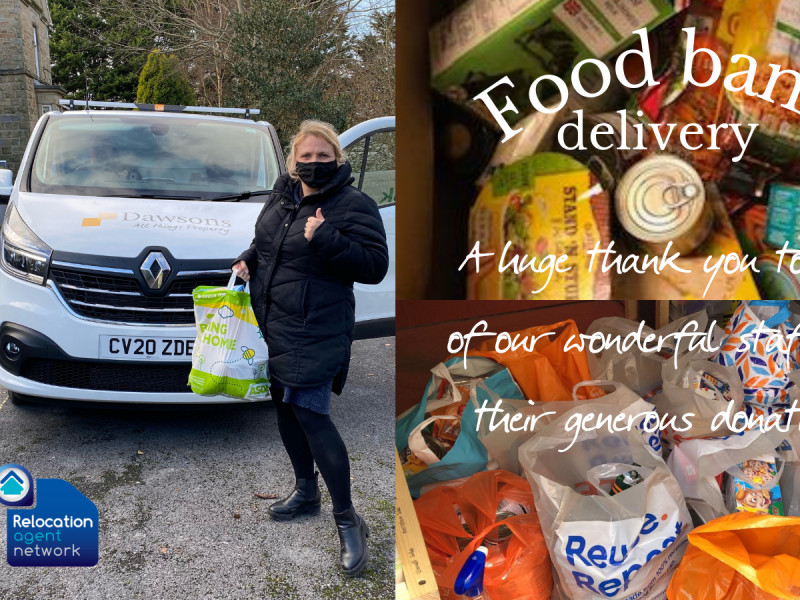 Current Fundraising by the Dawsons Team

Naomi has delivered 634 items, collected throughout the Dawsons offices, to Lifepoint church food bank in Swansea…

Volunteer Jack was so grateful and so helpful in carrying it all in today too! 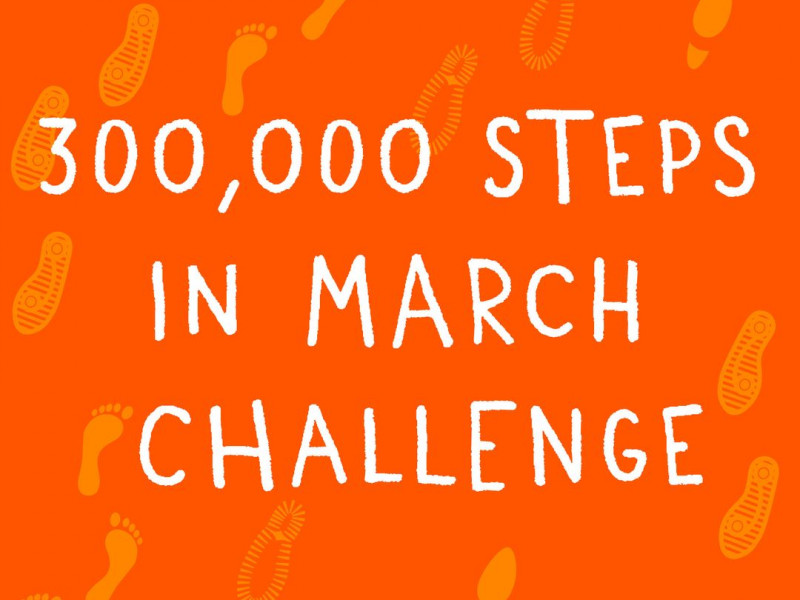 Fundraising for Maggie's in Swansea

For Maggie’s – Swansea who provide free cancer support and information and have Support Specialists, Psychologists and Benefits Advisors, if you or someone you care about has cancer.  Our Dawsons sales & marketing team member Kelly Israel took on the “300,000 steps in March challenge” and raised £400. 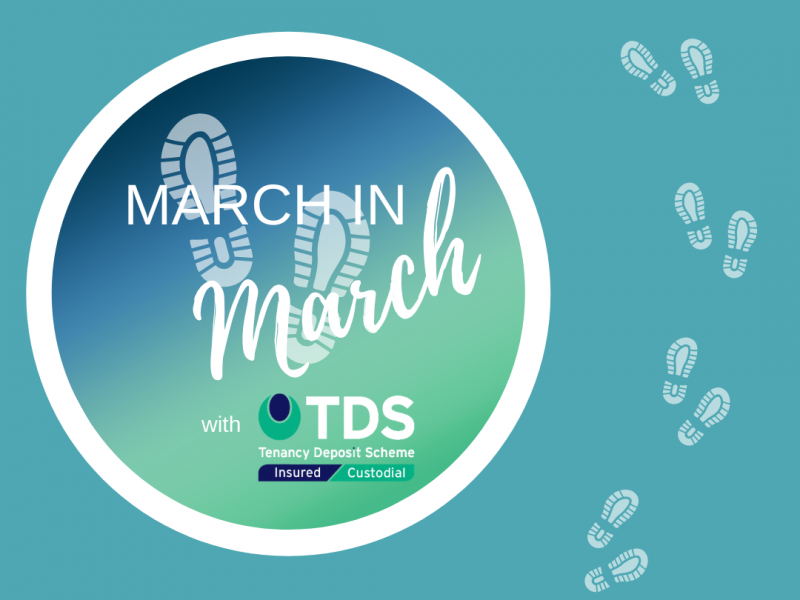 March in March for Refuge Charity

The aim was to highlight the wonderful work of the charity and raise awareness of the abuse that happens in homes throughout the UK every day. The main goal of March in March was for all involved to collectively walk the perimeter of the UK in steps, from the start to the end of March.

On any given day Refuge supports more than 6,000 people, helping them to overcome many different forms of violence and abuse. During Covid-19, the charity reported a 700% increase in calls in a single day and a massive 950% increase in visits to their website during lockdown, compared to pre-Covid-19. “After what has been a tough year for so many people, we wanted to give back and help those in need. The work and values of everyone involved with Refuge directly reflect ours here at TDS. No-one should ever live in fear of violence or abuse. We’re hoping others in the property industry will join us in raising funds for the charity too,” said Debbie Davies, Head of Sales and Marketing at TDS.

Team Dawsons were delighted to raise £1265 for Refuge, as part of the overall amount of £4,675 raised by team TDS.

Naomi is the marketing coordinator at Dawsons, and her son George was born in 2010 with a very rare condition:

Tracheo-oesophageal fistula (TOF) and oesophageal atresia (OA) are rare congenital conditions of the oesophagus (food pipe) and/or trachea (airway) that affect new-born babies.  These conditions are nearly always diagnosed at birth and require surgical correction shortly after birth and long-term follow up. Some children have to undergo additional surgical interventions further on in their lives.  Approximately one in every 3,500 babies is born with one or, more commonly, both of these potentially life threatening conditions.

In simple terms George had a gap (atresia) in his feeding tube (oesophagus) and the section from his stomach was joined (fistula) to his breathing tube (Trachea).

Naomi recalls: “Over the years George has spent a great deal of time in hospital with the different issues his condition poses for him, but he is so positive each day and copes with so much more than we know.  His consultants say he will suffer pain internally daily but you would never know to look at him. When George was around 6 we discovered the charity ‘TOFS’ who have been set up to support TOF families and raise awareness of the condition alongside supporting the research and studies.  Without this group we would be clueless, it helps George’s medical team understand his condition as he grows, we are all learning together what may come next.  It is a UK charity but is part of a global network.

George has fundraised for TOFS, the Singleton and Cardiff neonatal units and is always looking at his next fundraiser.  George is now 10 and in year 5 of being at Sketty Primary, the school have been fantastic supporting him through the years, as were his early years nursery ‘Little Acorns’ they too will be sharing Georges presentation attached and highlighting his story to the whole school/nursery parents and sharing on their social media pages, we only hope you too can help us raise the awareness we need. We hope that you can spare a few pounds to support TOFs fundraiser”. 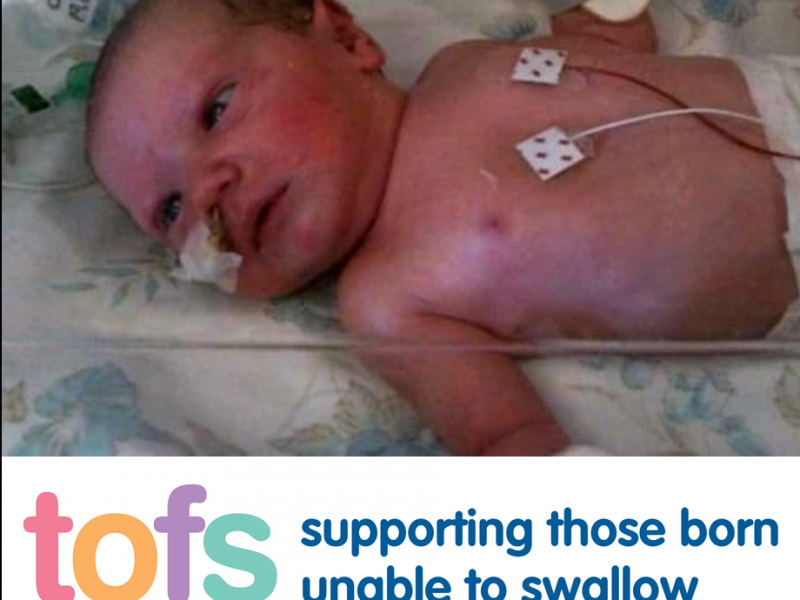 The eldest TOF to date is just 65 years old, so a huge amount of research into the condition happens daily at Great Ormond Street Hospital (GOSH) where in the last 18 months they have created an oesophagus and are trialling it as we speak, in the hope that one day they can make to fit rather than several stretch operations for those long gaps (lucky George was a short gap).

TOFS the charity is an integral part of this research and we are learning new things about Georges condition every year.

Thanks for supporting us on this journey we really appreciate any help you can provide.